In this post I have described what I have done, and how fast payment abroad has gone.

We all think about money when we have to pay something.

What happened here, however, is nothing else than an accounting settlement in the accounting program of the QFS, because the QFS has no money, but processes data, the value of which is guaranteed by Gold Certificates.

Because of this, money can no longer be made out of nothing by the Banks.

They too had no money, but manipulated the market by fractional banking with money that never existed or had a counterpart value.

Since the money mass has increased through counterfeit money, without having a counter value for it, the value of the Fake money decreases, which can be seen in the rising gold and silver prices.

Think mirrored, because the Gold and Silver do not increase in volume, which the money supply does.

This causes inflation, causing prices of products and services to rise as well, without increasing the income of the population.

The whole money illusion has crashed, to camouflage this used with the Covid 19 Lie to let the economy collapse.

The existing Cabal politicians have no more possibilities to keep the bankrupt system alive, with the failed central banks.

Their money creation is no longer about anything, they can't keep it up and now lose all credibility.

The MSM only has fake propaganda, the Fake Money that is now being pumped into the Wall Street Markets, pushing up the stock market, which shows the implosion of the economy, by the rise of the Gold Price.

This is why the revaluation of the value of money has to come in order to regain a healthy balance with the real economy.

Now that the Swift system has been switched off, the Cabal has been deprived of access to the new system, all money laundering with the QFS is no longer possible.

The project to make all this possible is a mega job that mankind has never experienced before.

Donald J Trump has made everyone checkmate with his alliance team.

Because politicians are no longer human traffickers and slave-drivers, many of whom are child molesters.

The R&R with the GCR can only happen when every Cabal government has surrendered or is arrested.

That's why the Cabal rats try to continue their Genocide agenda until the last moment.

Since the QFS can now monitor that no crimes are being financed, the Cabal thugs are losing their ability to continue exploiting the population.

Because of data communication from the QFS, you only need a very small data exchange between two accounts of people, in order to do the accounting transaction.

The uniqueness of the QFS is that everyone's address can be reached without the intervention of banks.

The small data packets are not written in an ordinary digital code from ZERO or ONE, but with quantum technique that we have not invented or invented ourselves here on earth if I am to believe the messages.

Whether I can believe this, yes because we think from our perception and thinking, even though we can only walk upright for a short time because of DNA modification of non earthly beings.

We focus on time that we ourselves define as Seconds Minute Days Months and Years.

If you look at it from a different position, it appears that this reasoning no longer holds true.

For our Earth orbits the Sun once in a year, 365 Days.

Pluto takes 248 earth years to do so, so what about extraterrestrial life from other planets.

This makes us think very little and not yet fully aware of it.

The Schumann resonance, which is normally 7.83 Hz, now has large outliers that affect our molecular system.

HAARP and CERN have also contributed to this, because we now process data faster in our consciousness as well, which is why we wake up.

But by increasing the Schumann resonance, the frequency in our body also increases, and we process more data in a shorter time.

This combined with everyone's astral spiritual power, makes us increase our own force field without even realizing it.

What I have experienced myself, when you sleep, and your brain activities wake you up, your astral force field increases for increasing the frequency, your partner lying next to you involuntarily start to resonate in a strong astral force field of the partner and because of this she wakes up by her frequency increase which she cannot explain.

How I got to know all this, because I had a lot of questions that I started investigating, in which Water and Energy was the key to my discoveries.

Water is a miracle cure consisting of two elements, which together form water, and are frequency sensitive, so also for us as data storage in our brains.

Water, Oxygen and Hydrogen all have different properties.

The building blocks, however, work with electrons and nuclei, as well as being visible in the big universe.

5G radiation that is now going to be introduced ionizes the Oxygen Atoms and disturbs the number of electrons around the nucleus, so it is no longer oxygen but an Ion instead of an Atom.

Because of this we get phenomena like the flu in the beginning, which looks like CORONA, the second predicted wave of misery that politics is calling on us. 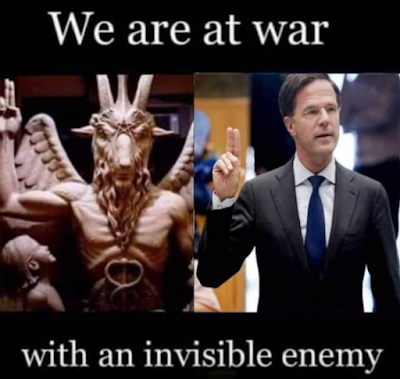 Then the invisible enemy causing this is now coming out of the darkness.

Their plans come from Satanism, but also from fear of the awakening population.

That is why our creativity will increase so that we can more easily find solutions to problems or needs for the future, that is precisely what they do not want, that we can and will think for ourselves, they want to make us dependent on their agenda to control us in this way.

The population will no longer accept that with life and creation they have to give up energy to the dark powers in exchange for a dictatorship of globalists.

Since the QFS is for the whole of humanity, power will also come to the population.

Damage claims against our tormentors shut them out and expropriate the Satanists who are totally detached from God.

If we want change, we have to want it ourselves, but we also have to do it ourselves if we do not want to be further deceived and oppressed.

The QFS not only judges whether a transaction is true or false. But also the intention read by parameters, which automatically triggers a check followed by the freezing of funds in the accounting program.

In this way corruption and abuse of power no longer have a chance to pay for further mischief and Drugs, People and organ trafficking or murder orders.

Multinationals that deliberately poison food with GMO or pesticide lose their raison d'être and are closed out through the QFS and their assets are given back to the world's population as a value record of the whole that the QFS works with.

I can well imagine that there are now more questions thanks to this answer that has put forward more propositions.

It is worth investigating them for yourself, because only then will you know the truth.

If you are in doubt whether we are alone in this universe, we are the living proof that our DNA has been experimented with, this has been recorded on clay tablets.

Today's Satanists want to do this again with a Fake Virus Vaccination full of enzymes and a microchip, activated with 5G to create massive zombies, who can no longer think for themselves, worse than George Orwell could ever describe it.

If we don't wake up now and become active, there will be a Genocide massacre described on the Georgia Guidestones.

Where Satanists through the money system on the verge of foreclosure want to force people to participate in the mass suicide imposed by them.

Critical thinking is a survival mechanism to keep evil away from us, by not responding to it.

People who allow themselves to be forced to wear a mask also take the euthanasia injection of the state of Satanists.

What one wants to bring as goodness to the people, while the evil experiences of the past should ring our alarm bells.

We are allowed to choose a new liar every 4 years who never represents our interests, but carries out their own destructive agenda against our wellbeing and interests.

Donald J Trump is a welcome exception in this, as he sits without being paid to save his family and people of the U.S. from ruin.

As the NSA knows all about the crimes committed by the Cabal and Satanists of 9/11, MH370, MH17, and child trafficking for Adrenochrome, the transition cannot be stopped.

They are all exposed to their part in this crime, which Trump and Putin have collected and now use against the Cabal. 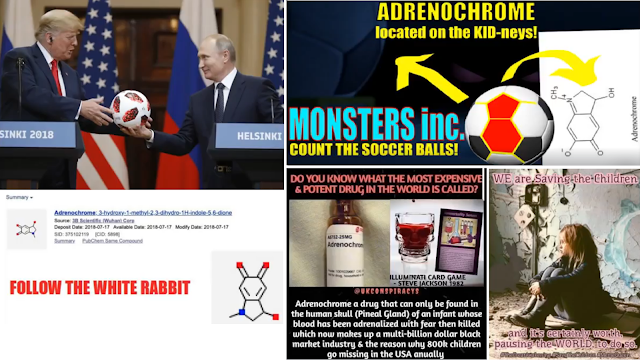 
Vladimir Putin speaks out about paedophilia in the Netherlands. gives Mark Rutte a taste of his own medicine! 2013.


If you're not evil through and through, you can never get into politics.

This is not limited to just the Netherlands, but the whole world, even Guy Verhofstadt is designated as a Pedophile by the Belgians, remember the Marc Dutroux.

Marc Dutroux is a Belgian criminal, supplier to the pedo elite, sentenced to life imprisonment for kidnapping, hostage-taking, rape, murder and illegal trade.

He was arrested in 1996 for the abduction of six girls, only two of whom survived, known as the Dutroux case.

Our mission at Operation Disclosure is to bring you important news events and raw intel from various sources focused on exposing the Deep State/Cabal and their downfall. We are also focused on disclosing our lost ancient origins and extraterrestrial contact.

Disclaimer: All articles, videos, and images posted on Operation Disclosure were submitted by readers and/or handpicked by the site itself for informational and/or entertainment purposes. All statements, claims, views and opinions that appear on this site are always presented as unverified and should be discerned by the reader. We do not endorse any opinions expressed on this website and we do not support, represent or guarantee the completeness, truthfulness, accuracy, or reliability of any content posted on this website.