Restored Republic via a GCR: Update as of June 9, 2020 - Dinar Chronicles


Restored Republic via a GCR: Update as of Tues. 9 June 2020
Compiled Tues. 9 June 2020 12:01 am EDT by Judy Byington, MSW, LCSW, Therapist ret, Journalist, Author, “Twenty Two Faces: inside the extraordinary life of Jenny Hill and her twenty two multiple personalities.”
Life was about educating yourself on how to become a better person, and then being that person you were meant to be. Greatness would never be found in possessions, power, position, or prestige. It would be discovered in goodness, humility, service and character. As we embarked on this opportunity to do good in the world, remember that you were a Child of God who was sent to this earth to perform a special mission and only you through consultation with your Father in Heaven who sent you here, could decide what that great mission would be.
Divide They Try, Fail They Will, WWG1WGA to Support POTUS, Follow Q & Trust Plan
Judy Note: As of 12:01 am EDT Tues. 9 June there was no indication that The Plan had changed and The Plan was for the 527,000+ 800# notification emails to be sent out and to allow Tier 4b to set redemption / exchange appointments by Tues. 9 June forward until Sun. 14 June.
On Mon. 15 June the Contract Rates would no longer be available and foreign currency exchanges at the new International Rates would be open to the general public.
Trump and the RV teams had until midnight Mon 15 June to start the process. Otherwise, China would start their version of the RV release on Tues. 16 June.
Over the past week there have been several announcements to the banking and financial services world of the gold-backed USN and the new gold-backed banking system, indicating that the RV/GCR was being released this week.
The Global Currency Reset and Debt Jubilee were part of GESARA/NESARA. Speaking of GESARA, rumor out of Hong Kong was that the New Republic of China was announced on Sat. 6 June. This was China’s fundamental move toward democracy – to have a representative republic in order to participate in the Global Currency Reset.
A. Sun. 7 June 2020 Final Verification, Fleming Intel Update: "Final Patterns of Verification" - Fleming Intel Update 6-7-20 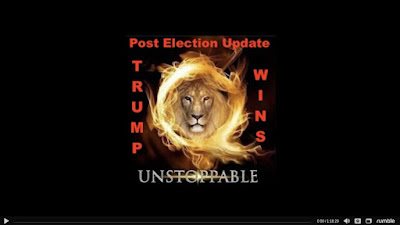