It is time to take action again! It is time to take the destiny of our world in our own hands! We all agree that the process of planetary liberation is taking too long. Here is our chance to collectively speed up the process. Therefore we are using the opportunity of the massive astrological configuration on January 11th/12th to create a portal through which we will unify our consciousness and trigger the process that will lead us into the Age of Aquarius.

Make this viral! Share it worldwide! Please post it on your websites and blogs. Invite spiritual groups to join us. If you know an alternative media outlet, you can send it to them. You can create a Facebook event for your local group of people doing this in your part of the world. We also need one main Facebook group for this event. You can create a video about this and post it on Youtube.


Scientific studies have confirmed positive effects of mass meditations and activations on human society, so each of you that will participate in this activation can actually help bringing the Age of Aquarius closer to us:

This activation helps the Light forces to ground the energy of Light on the surface of the planet to finally trigger the process that will start the long awaited Age of Aquarius. Number of people doing that activation is the single most influential factor within the power of the surface human population for speeding up the process.

We can reach the critical mass of 144,000 people doing this activation! This will create a massive healing chain reaction in the energy field worldwide.

There will be many massive astrological configurations from January 10th to 12th. This is surely the most powerful astrological time since the Grand Cross eclipse on August 11th, 1999.

First, there will be a penumbral Lunar eclipse on January 10th, creating a very tense and rigid energy pattern:

Then, on January 11th both Uranus and Eris will turn direct. This will release a lot of previously suppressed planetary kundalini energy. January 11th is a very powerful timeline day, and in the last few decades there were four powerful events that took place on January 11th that changed the destiny of this planet. Two of those I can mention, and they are the opening of the doorway of the 11:11 on January 11th 1992 and the Archon Invasion on January 11th 1996.

Then on January 12th we have an extremely powerful Saturn-Pluto conjunction that will crack the global financial system open: 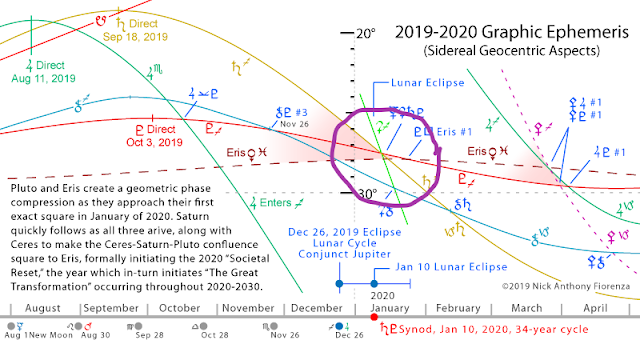 This configuration will be the pin that will burst the bubble of the current debt-based financial system. I will speak more about what is happening behind the scenes of the financial system in the first update of the Age of Aquarius activation, about a week from now.

After the Age of Aquarius activation, there will be many astrological configurations throughout the year that will lead our society through transformation that will officially begin the Age of Aquarius at the moment of Jupiter-Saturn conjunction at 0 degrees Aquarius on the day of winter solstice on December 21st, 2020: 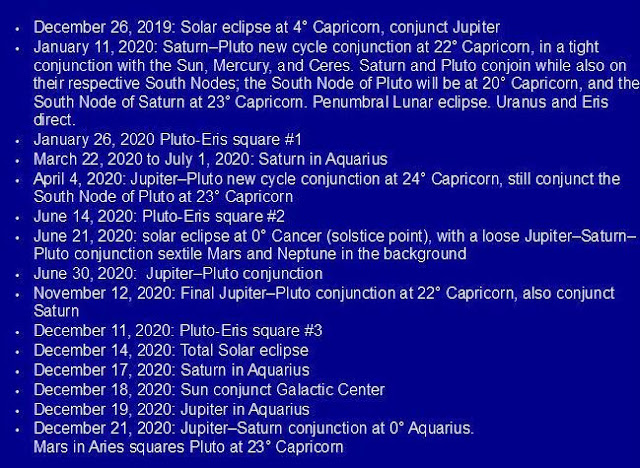 Year 2020 will be a year of triple Jupiter-Saturn-Pluto conjunction which happens around every 700 years and happened the last time when Templars created their banking network:

That year will be also marked by beginning of 13 new synodic cycles, whereas average is only one such cycle per year: 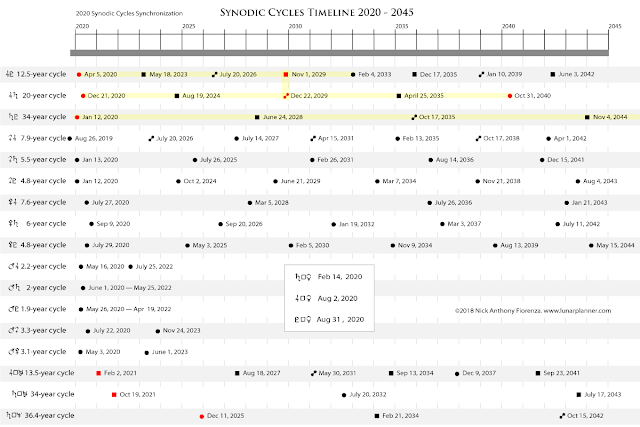 Each of those numerous aspects will send a new flash of Light to the surface of the planet: 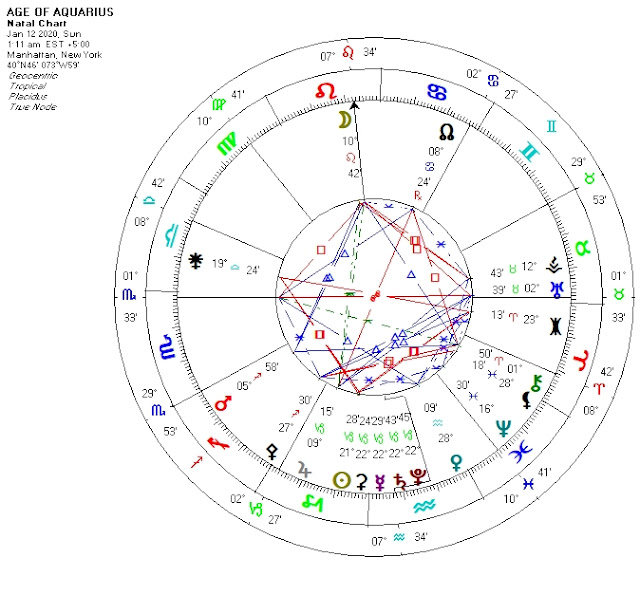 You can check the time of the meditation for your time zone here:

2. State your intent to use this meditation as a tool to co-create the trigger that will start the Age of Aquarius

3. Visualize a pillar of brilliant white Light emanating from the Cosmic Central Sun, then being distributed to Central Suns of all galaxies in this universe. Then visualize this light entering through the Galactic Central Sun, then going through our Galaxy, then entering our Solar System and going through all beings of Light inside our Solar System and then through all beings on planet Earth and also through your body to the center of the Earth.

4. Visualize this Light transmuting all remaining darkness on Earth, healing all inequalities, erasing all poverty and bringing abundance to all humanity. Visualize a new grand cosmic cycle of the Age of Aquarius beginning, bringing pure Light, Love and Happiness to all beings on Earth.

Suggested time for our meditation is 20 minutes.

Updates about the Age of Aquarius: