This transmission was originally posted on September 7, 2019. 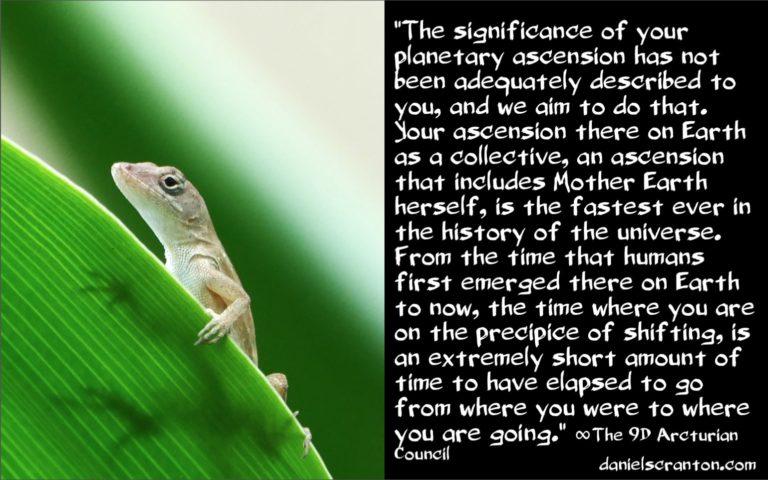 We have decided that there is enough movement forward within the human collective consciousness to give you this next bit of information. The significance of your planetary ascension has not been adequately described to you, and we aim to do that. Your ascension there on Earth as a collective, an ascension that includes Mother Earth herself, is the fastest ever in the history of the universe. From the time that humans first emerged there on Earth to now, the time where you are on the precipice of shifting, is an extremely short amount of time to have elapsed to go from where you were to where you are going.

Now, when you think about how many years that is, and then you think about how many years it has been since you have known that you are shifting in this lifetime, it is not asking too much of you to be patient. And it is certainly not asking too much of all of you to be patient with the rest of the human collective. After all, they are you. The illusion of separation should have hit you all by now, and the fact that you are all one should be more than just a nice mantra. You really are shifting together as a collective because you are connected.

And as you do, you let go of that illusion of separation, you let down your guard, and you recognize yourself in all others and all others in yourself.

That expedites the process of ascension. It’s not just about you, the awakened ones, doing all the heavy lifting and carrying the load for the rest of humanity. It’s also about recognizing that you are there to help each other, and that help must be extended to everyone in order to fully know yourself as a Source Energy Being in a physical body. Source Energy does not exclude. Source Energy is not awaiting the mass arrests before allowing the good ones to ascend.

Source Energy is dancing the dance, and all of the music is playing inside of you. This is the next step in your evolution, and this is what will carry the rest of humanity along for the ride with you, whether they are awake or asleep, whether they care at all about equality or want there to be a clearly defined hierarchy. Everyone must be included in your hearts, not just your beloveds. And that is the force that will create the momentum that will catapult Earth and everyone on it into the fifth dimension.