Restored Republic via a GCR: Update as of June 6, 2020 - Dinar Chronicles 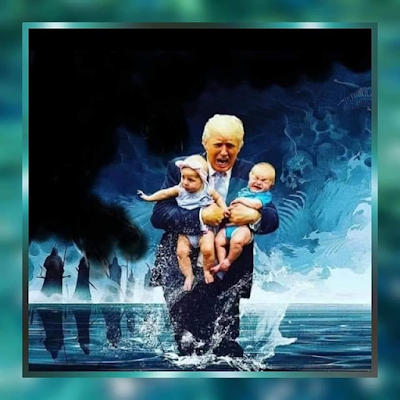 Restored Republic via a GCR: Update as of Sat. 6 June 2020
Compiled Sat. 6 June 2020 12:01 am EDT by Judy Byington, MSW, LCSW, Therapist ret, Journalist, Author, “Twenty Two Faces: inside the extraordinary life of Jenny Hill and her twenty two multiple personalities.”
"People who say it cannot be done should not interrupt those who are doing it."
Greatness would never be found in possessions, power, position, or prestige. It would be discovered in goodness, humility, service and character. As we embarked on this opportunity to do good in the world, remember that you are a Child of God who was sent to this earth to perform a special mission and only you through consultation with your Father in Heaven who sent you here, could decide what that great mission would be.
Divide They Try, Fail They Will, WWG1WGA to Support POTUS, Follow Q & Trust Plan
Judy Note: Multiple sources report that our start in Tier 4b was set in stone and would be on Tues. 9 June, although it could happen sooner since it was doubtful that there would be a need for Martial Law and a two week shutdown of the nation.
On Tues. night 2 June President Trump signed an agreement with Chairman Xi and President Putin that committed the RV teams to get the release and all payouts out from Mon. 8 June onward next week.
In the next eleven days China would move forward no matter what to release this, while Trump was insisting that the deal has been cut. It’s a done deal and he and the RV teams would release it now this weekend into Mon.-Tues. 8, 9 June.
If the Tier 4b start was on Tues. 9 June we would have only six days to exchange/ redeem. It was advised to make your appointment quickly and stay ready to go in next week. They hoped to process Zim holders in the first four days after release of the 800#s, while we would have six days to exchange/redeem at the Contract Rates, or until Sun. night 14 June.
It appeared that an expected Sat. 6 June announcement about Mass Arrests including 3,000 of those believed connected to terrorists groups, would not trigger a need for Martial Law, nor a two week nationwide shutdown stay-at-home order.
By Mon. 15 June the general public would be able to exchange at the new international rates, at which time the Zim Bond and certain currencies such as the Dinar, Dong and Rupiah would greatly lose value. Announcements of GESARA/ NESARA and the gold/asset-backed US Note and Chinese Yuan also were expected on that same Mon. 15 June.

The hilarious thing is that this video has been identified by YouTube as "inappropriate or offensive to some audiences" and has ...